What happened to growth?

And what does low growth mean for investors?

A defining feature of the economic cycle we are now going through is the constrained and fragile nature of economic growth globally. After an initial bounce post the GFC to 5.4% in 2010, global economic growth has consistently disappointed. This can be seen in the progression of the IMF’s economic growth forecasts for each year since 2012. Typically the IMF has started off looking for global growth close to 4% for the year ahead but each year has had to revise it down to around 3%, pushing the 4% bounce off into the next year. This year has been no exception – see the line for 2015 in the next chart. 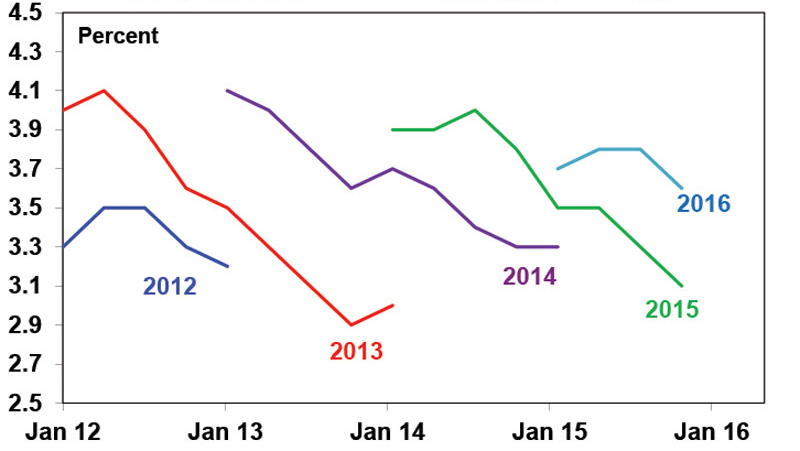 Consequently, global growth has been continuously disappointing. It’s been the same pattern in Australia, although much of the growth slowdown in Australia owes to the ending of the mining investment boom, with a pick-up in growth back to more normal levels being constantly pushed into the future. This in turn and the fragile nature of growth has seen investors regularly questioning the post-GFC rally in shares. This note looks at why growth is so constrained and what it means.

Slow and uneven growth reflects a whole range of factors. 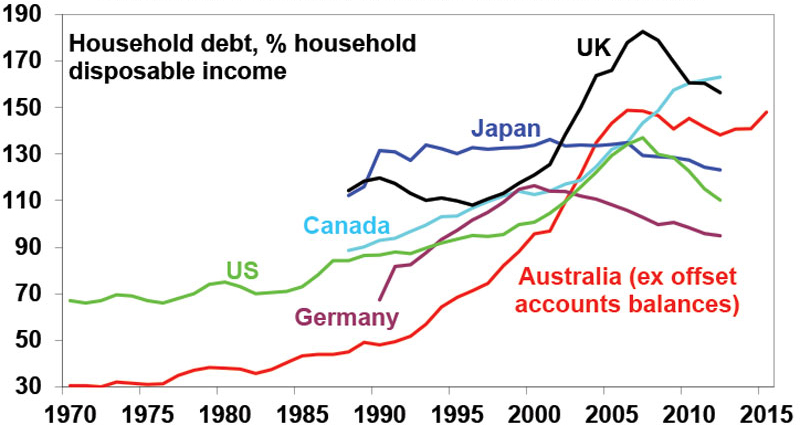 There are some qualifications suggesting that the problem may not be quite as severe as it looks. In particular, rapid technological innovation may be leading to growth being understated. For example, the increasing number of “free” or low cost apps on smart devices providing services that were previously non-existent or very expensive is arguably delivering a benefit to consumers that is not properly measured resulting in the under statement of GDP growth and productivity and overstatement of inflation. It would suggest that people are doing a lot better than low wages growth suggests. This is an issue for another day but it is unlikely to be enough to fully offset the list of growth drags above.

Some of these drags should be temporary or cyclical but many are structural – slowing labour force growth, slowing productivity growth, slower growth in debt and problems in the emerging world. It’s hard to see these ending anytime soon.

The economic and financial impact of low growth

Fragile and constrained growth is having a number of impacts that are likely to persist. In particular these include:

The implications for investors are simple:

Like always feel free to call one of the Inspired Team on 08 6222 7909 or follow the link through to the booking page and lock in your time with one of our team of inspired Advisers.